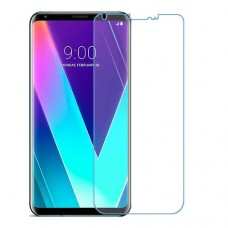 LG V30S ThinQ One unit nano Glass 9H screen protector Screen Mobile
0
We at Screen Mobile know how important the smartphone is to you, which is why we offer you a quality screen protector made in Israel made of 9H durable nano glass for LG V30S ThinQ Each product is made especially for your order..
$19.99
Add to Cart
Buy 3 Pay for 2!
Extremely popular, highly recommended
Buy 3 Pay for 2!

LG V30S ThinQ Screen Protector Hydrogel Transparent (Silicone) One Unit Screen Mobile
0
Transparent Hydrogel - If you are looking for the latest word in the screen protectors market then this product is for you, Transparent Hydrogel is actually a material called in industry TPU which is basically a silicone that is familiar to everyone,..
$19.99
Add to Cart
Buy 3 Pay for 2!
Extremely popular, highly recommended
Buy 3 Pay for 2! 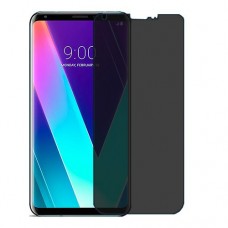 LG V30S ThinQ Screen Protector Hydrogel Privacy (Silicone) One Unit Screen Mobile
0
Screen Protector Hydrogel Privacy (Silicone), Now you can protect your screen from peeks, Reduces view point from 90 degree to 30 degree. We are in Screen-Mobile know how important to you your smartphone, because that we offer quality screen protecto..
$22.99
Add to Cart

The flawless state of the smartphone screen after purchase does not last long. And this is not surprising, because the average user does not always handle the equipment with care. Unpleasant cases when one careless movement leads to cracks or deep scratches are far from uncommon. Here you accidentally drop your smartphone, put it in one pocket with the keys, and the screen is covered with cracks and scuffs. But there is a simple and affordable way to secure your gadget - this is a sticker of protective screen protector for LG V30S ThinQ or polymer film. LG V30S ThinQ screen protector on your phone will help protect your gadget from unpleasant accidents.

Here you will find shockproof films and LG V30S ThinQ screen protectors, and goods for original models of the Apple iPhone, iPad, as well as for phones (smartphones) and tablets from other manufacturers. With them, the display of the device will be reliably protected from mechanical damage and greasy stains.

What is the LG V30S ThinQ phone screen protector made of?

The best screen protector LG V30S ThinQ for a smartphone has several layers:

Before you buy a screen protector for a LG V30S ThinQ phone in an online store Screen Mobile, you should clarify its dimensions. Accessories are made for a specific phone model or series. LG V30S ThinQ glass screen protectors cannot be cut, sharpened, otherwise, their protective function will be impaired.

With all the positive qualities of protective films, they do not in any way reduce the damage to the screen when dropped. For full protection against blows with blunt and sharp objects, the appearance of deep scratches, we recommend ordering shockproof LG V30S ThinQ cell phone screen protectors and accessories for other models of phones and tablets from Apple, Xiaomi, Huawei, Lenovo, LG, Meizu, HTC, Sony, ZTE, etc.

With an insignificant thickness (from 0.2 to 0.5 mm), the strength of the LG V30S ThinQ glass screen protector is comparable to serial samples of Corning Gorilla Glass. In addition to this, the glasses are equipped with a full anti-reflective filter and an oleophobic coating.

For owners of LG V30S ThinQ and other models, we offer to order durable protective films and glasses that fully correspond to the size of the devices. Installing a film on your phone will protect the screen from scuffs, make the display more legible in daylight and reduce eye strain during reading. Protective glasses on the screen (display) of your phone or tablet guarantee complete shockproof safety and save you from costly replacement of the display unit.